About Us and Our Family

Chris Juencke, Owner and Pitmaster, is the visionary and founder of Smokin’ Yankee’s BBQ Competition Team. Chris has taken many professional BBQ classes and has worked hard to perfect his competition BBQ skills. We tend to think that Chris has it down to a fine art. Chris loves to talk everything and anything related to BBQ so if you see him out and about, feel free to share your experiences and ask him your BBQ questions.

Bekah Juencke, Owner and Pitmistress of our Smokin’ Yankee’s BBQ Catering Team. Bekah saw what great food Chris was serving to the BBQ judges and decided to turn it into something the public, not just the judges could enjoy. Bekah is your point of contact for our Catering Services and will be happy to assist you with all your needs.

Our specialty is the fine art of BBQ. Not just Grilling, but Smoking! We have been on the Pro BBQ Competition Circuit for 8 years and have many awards to show for all our hard work, dedication, and doing what we love.

Smokin’ Yankee’s Bar-B-Que not only provides GREAT food but we also assist in the planning of your event. We have taken many BBQ classes, catered many events, and continually look for ways to improve our services and ways to assist our customers in their event planning process. 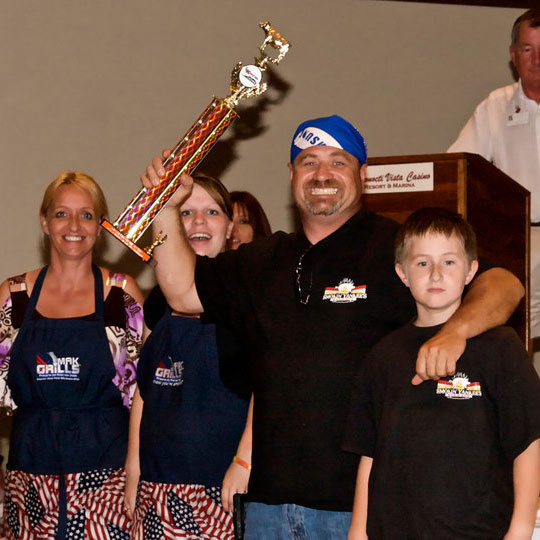 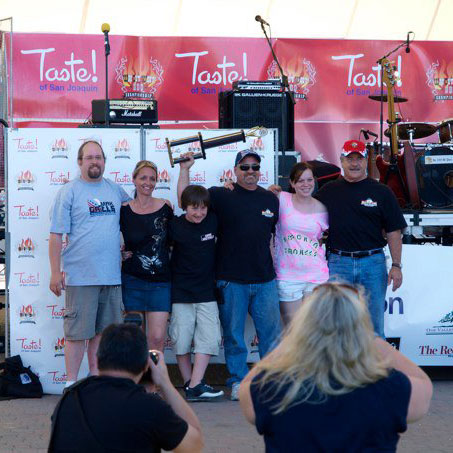 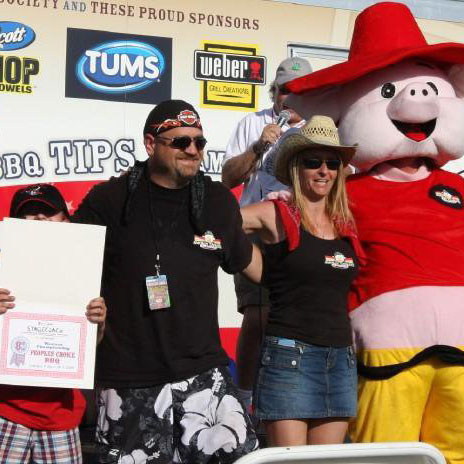 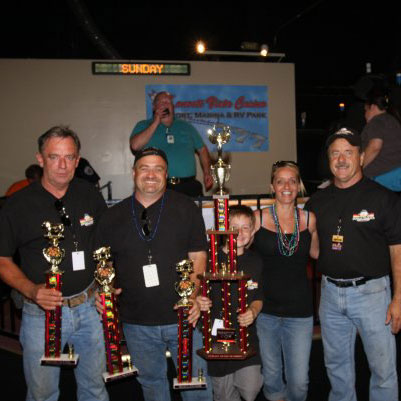 In 2007 Chris watched a BBQ pitmaster show on television and decided he needed a new hobby. We bought a smoker and started practicing every night. Since we are a family team, we decided to incorporate our last name in our team name. Our last name is Juencke, pronounced Yankee and that’s how Smokin’ Yankee’s BBQ was born in June 2007.

In May 2008, we entered our FIRST contest, skipping the back yard contests and jumping in with the big boys at the Mastercut BBQ Championship in Modesto California where we placed 6th out of 48 PRO teams. We were thrilled to be competing with some of the best Pitmasters in California and placing in the top 10. At that point we were hopelessly addicted to BBQ competitions. We grabbed ourselves some sponsors (Save-Mart, MAK Grills, Butcher BBQ to name a few) and hit the road and every BBQ contest we could find in California and a couple in Oregon too.

In July 2009 we achieved a Grand Championship in Santa Maria, CA followed by a second in September 2009 in Lakeport, CA which earned us 2 trips to the American Royal (World Series of BBQ) in Kansas City Missouri. We came home with a 4th in Brisket and 15th in Ribs out of 538 Grand Champion Teams from around the world. We won our first Reserve Grand Champions in Elk Grove in 2013 and Another Grand Champion in Napa in 2014 after sitting out for a year.

In 2009, we were named Team of the Year for Ribs and Chicken by the California BBQ Association (CBBQA), and decided we’d give catering a go after being asked by friends and family non-stop. With us focusing on providing great BBQ and service to our customers, it left us little time to compete, but we hope to be out on the BBQ competition trail again in the next year or two.